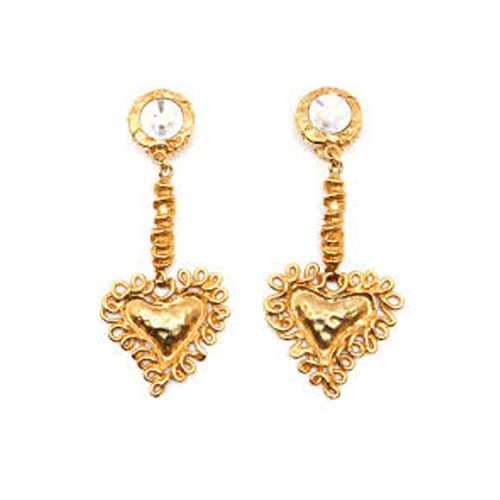 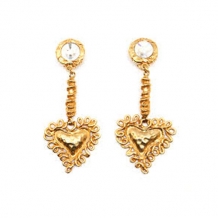 Miriam Haskell (1899-1981) moved after her study at Chicago University in 1924 to New York. She opened her first jewellery boutique, selling costume jewellery by well-known designers such as Coco Chanel.  A second store was opened in 1926. The same year Frank Hess joined the Miriam Haskell Company as chief designer. In the 1930s more boutiques were opened in New York (at Saks Fifth Avenue) as well as in Miami and London (at Harvey Nichols).

By strictly maintaining very high standards of craftsmanship combined with superior designs by both Miriam Haskell and Frank Hess, her jewellery became a must to own by celebrities as for example Joan Crawford, Gloria Vanderbilt and the Duchess of Windsor.

Her jewels were seldom signed. Before the 1940s one shop wanted her to sign all the pieces they bought from her. Pieces with this mark of a horseshoe-shaped plaque with Miriam Haskell embossed on it are very rare. In 1950 the first Miriam Haskell signed jewellery was introduced. Her vintage pieces can command high prices from collectors.

After Miriam Haskell retired in 1951 and Frank Hess in 1960, the company continued to employ top designers guaranteeing the high standards which made Miriam Haskell’s jewellery world famous.