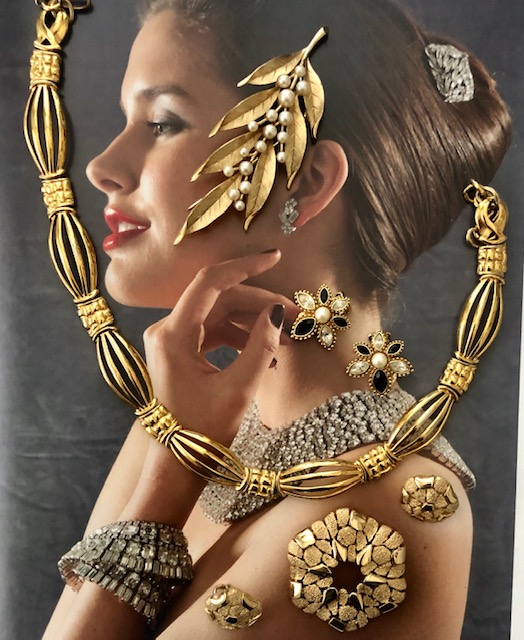 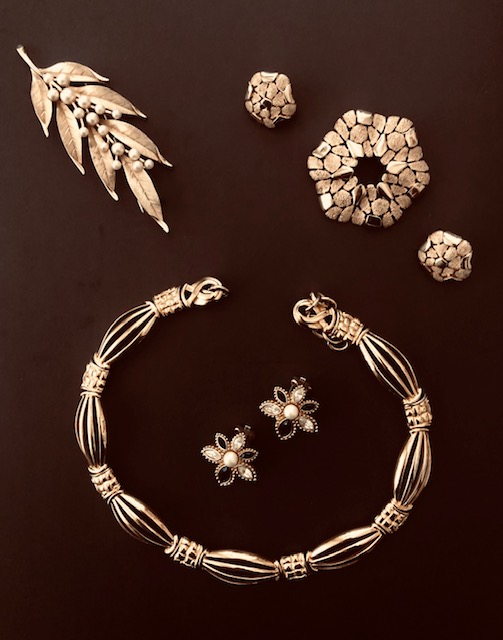 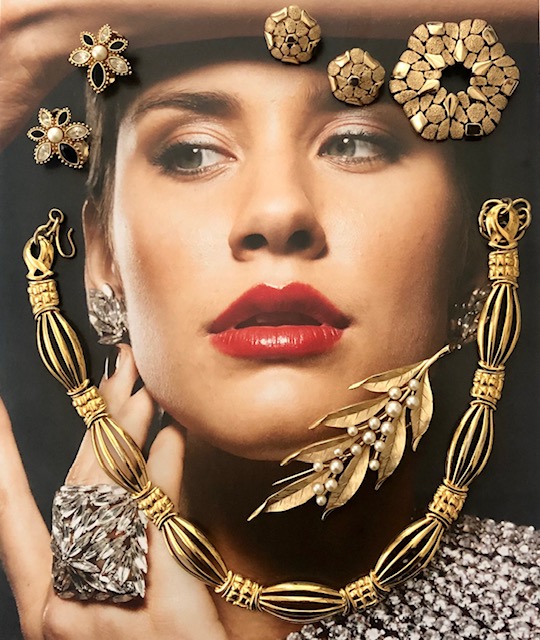 The term costume jewelry dates back to the early 20th century. It reflects the use of the word "costume" to refer to what is now called n "outfit".
Costume jewelry incorporates a wide range of materials. Crystals, cubic zirconia, simulated diamonds, and some semi-precious stones are used in place of precious stones. Metals include gold- or silver-plated brass, and sometimes vermeil or sterling silver and several other metals. Some pieces incorporate plastic, acrylic.

Since late 18th century paste jewelry of excellent quality was generally accepted. Jewellers sold both paste jewels of superior craftsmanship together with real jewels in their shops.

In the 19th century more alternatives to replace precious stones and metals became available like cut steel and Vauxhall glass. Costume jewelry made of various semi-precious materials came into the market.

Art Nouveau period
Many Art Nouveau designs were executed in materials like ivory, glass, copper and silver. Aesthetic value was considered of more importance than the intrinsic worth of the jewel. Pieces in Art-Nouveau style for couturiers and theatre actors were produced by outstanding costume jewelry producers.

The Golden Era
Indeed, the 20th century is the golden era for the costume jewelry. Costume jewelry was made popular by various designers. Some of the most remembered names in costume jewelry include names such as Trifari, Dior, Chanel, Napier, Miriam Haskell, Grossé and Elsa Schiaparelli.

A significant factor in the popularization of costume jewelry was the Hollywood movie. The leading female stars of the 1940s and 1950s wore breathtaking pieces produced by a range of designers.

Coco Chanel greatly popularized the use of faux jewelry in her years as a fashion designer, bringing costume jewelry to life with gold and faux.

In many instances, high-end fashion jewelry has achieved a "collectible" status, and increases in value over time.

Today, there is a substantial secondary market for vintage costume  jewelry. The main collecting market is for 'signed pieces'. Amongst the most sought after are Miriam Haskell, Chanel, Kenneth Jay Lane, Trifari , Theodor Fahrner and Gripoix However, there is also demand for good quality 'unsigned' pieces, especially if they are of an unusual design. 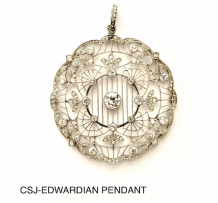