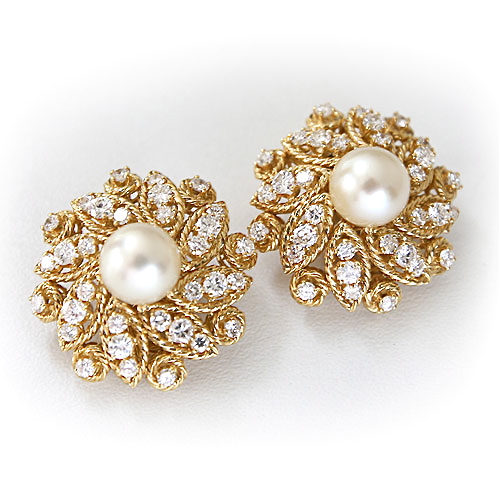 18 K. superior earring with a pearl in the centre and surrounded by polished diamonds. Signed: VAN CLEEF & ARPELS. 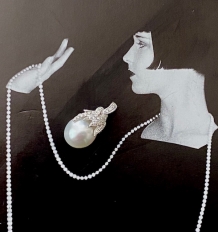