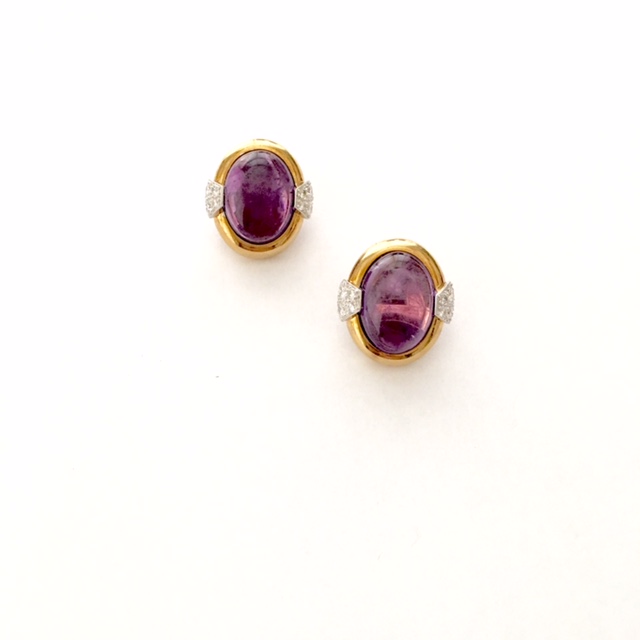 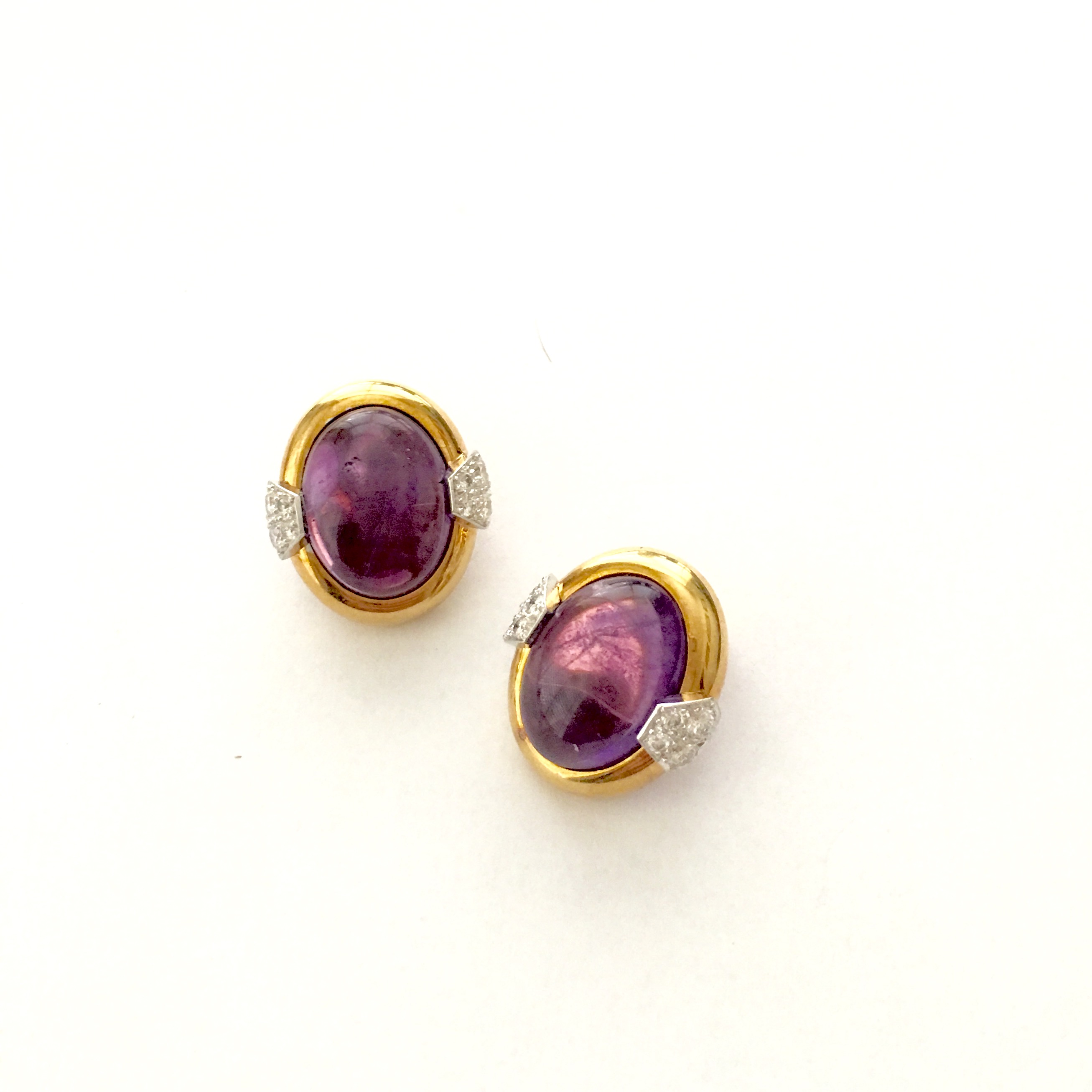 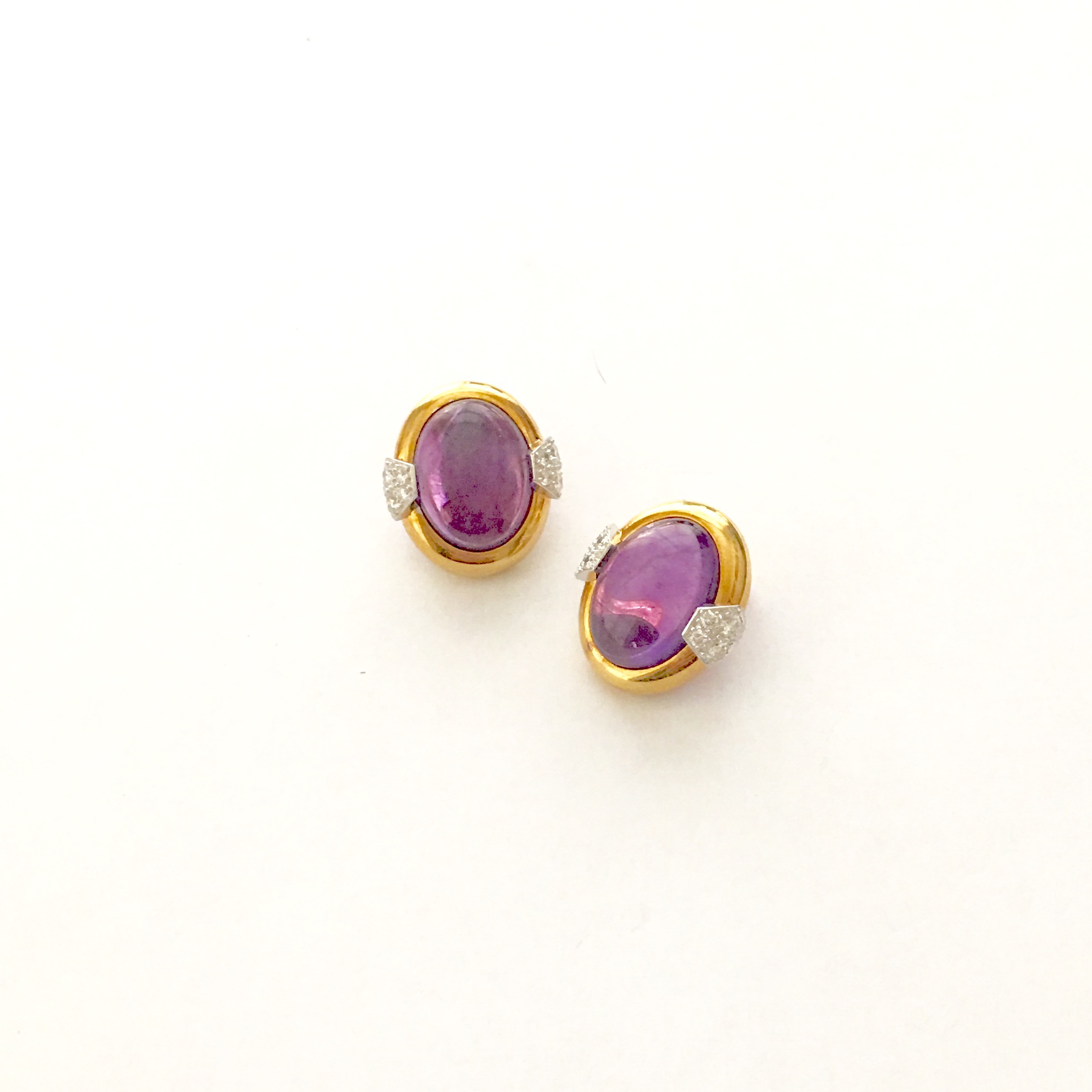 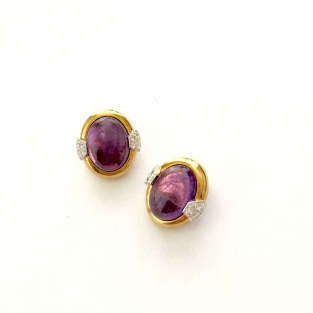 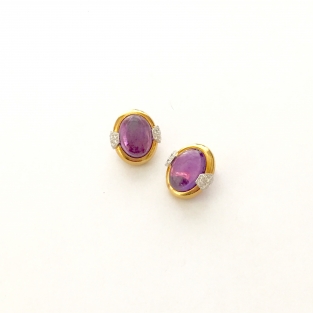 A pair of yellow gold earclips set with ametyst and small diamonds. Signed by the American maker DAVID WEBB. 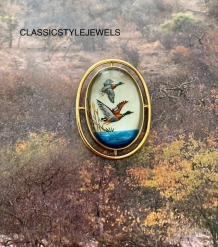