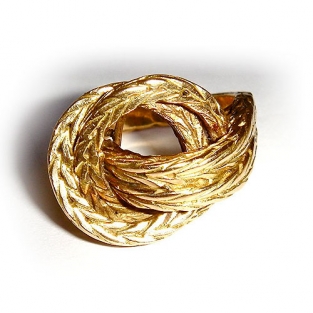 A 18 carat French ring by HÈRMES.